Caitlin Notley, a Fellow of the UK Society for the Study of Addiction at the Norwich Medical School, argues that we need to rethink ‘addiction’ and ‘dependence’. Following on from a study looking at how people view nicotine and addiction, Professor Notley argues that “nicotine addiction” is a loaded term that doesn’t reflect the real world. 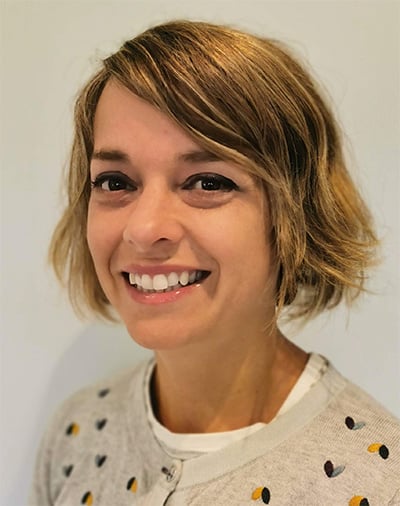 Professor Caitlin Notley is a Senior Lecturer in Mental Health and a Fellow of the UK Society for the Study of Addiction researching at the Norwich Medical School. A social scientist with extensive experience in Addiction research, she conducts a wide range of research looking at smoking cessation, tobacco relapse prevention, and focuses particularly on working with vulnerable groups.

Professor Notley is one of the contributors to the widely respected Cochrane Review of Electronic Cigarettes for Smoking Cessation, a project that reviews all of the current literature to extract the evidence for and against vaping.

She spoke out following the release of a study titled “Addicted to smoking or addicted to nicotine?” That paper concluded: “Perceptions of nicotine and addiction among non-smokers, former smokers, exclusive smokers and dual users of cigarettes and e-cigarettes vary based on smoking status, but there is a common tendency to believe that nicotine is addictive, that addiction results from more than just nicotine, and that very low nicotine cigarette will not necessarily reduce the addictiveness of cigarettes.”

The nature of believing nicotine is an “addictive” substance is what stands as an obstacle to encouraging better quit rates, she believes.

“Views on nicotine harm reduction probably result from cultural contexts where lay narratives of addiction are deeply ingrained. At the heart of these views are emotional responses, strongly felt and morally upheld. Participants in their study ‘consistently misperceived that nicotine caused disease’,” she commented.

“Promotion of vape products may well also have had the unintended consequence of giving the misinformed message that nicotine is the most harmful constituent of tobacco cigarettes,” she continued – by which she refers to the large warning stamped on the packaging of every vape and e-liquid product.

“Although nicotine use may result in dependence it need not result in addiction, with associated harm, if it is consumed in a manner that does not involve inhalation of combustible tobacco smoke.”

The different, although subtle, is key. An addiction causes harm to the user – and is rightly applied to smoking – but she believes the evidence on electronic cigarette use demonstrates that there are minimal negative effects from using nicotine in vaping products.

“Nicotine dependence does not cause significant harm to population health. Conversely, smoking tobacco cigarettes is an urgent public health priority that must be addressed to prevent the pandemic of tobacco-related disease. We must reconsider views of adult nicotine dependence to separate it from the harmful consequences of tobacco smoking.”

Caitlin Notley believes we need to rethink how we describe and talk about nicotine, and how we label packaging so that more smokers are attracted to switch to vaping and fewer ex-smokers are scared back to tobacco use.