I must admit to feeling like I was letting myself in for some punishment when I received these for review. Lemonade itself I do not drink and I do not have much joy with lemonade e liquids. The main reason behind this is that both lead to terrible heartburn so I try to steer well clear. Also previously I have found Lemonade e liquids a little harsh on my throat. However, since these were for review I braced myself!

Vapetasia is a company from Las Vegas in the USA, with various different lines available. Vape Lemonade is just one of these lines, I will have further Vapetasia reviews coming very soon. But today I am going to let you know about Blackberry Lemonade and Pink Lemonade. Both of these come in short fill e liquids, 50ml of liquid with a 10ml space to allow for a nicotine shot. They are blended to a 70vg / 30pg ratio. Pricing comes in at £16.90 which is respectable for the sizing. Let’s get on with the reviews right away 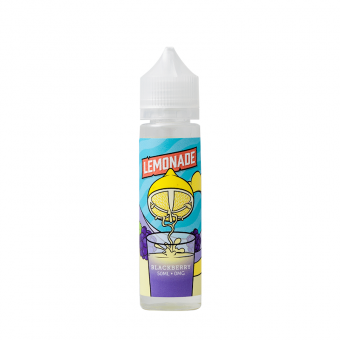 No descriptions needed on the flavouring for this one the name says it all. This was the first one I tried out of the two mainly because

Pink Lemonade has been done time and time again. Blackberry Lemonade is something a little new when it comes to the usual flavours out there. Opening the bottle you can instantly smell the Lemonade, very distinctive and reminiscent of an old school homemade lemonade. There is a little smell of Blackberry but Lemon is the dominant scent I am getting.

I tested this using the Godria Bolt RDA. Time to get going on this, straight away I am blown away by how authentic this Lemonade tastes. When I smelt old school lemonade that is exactly the taste I got. This is coupled with a lovely fresh Blackberry. Very surprised with how good this taste. On the exhale you get the same pleasurable experience as with the inhale more gorgeous Lemonade and Blackberry galore! Plenty of citrus notes to tantalise your tastebuds here, The Blackberry works well to tone the citrus down a little.

On the whole, this grabbed my attention for two reasons. Firstly it is so smooth, this makes it really enjoyable to vape. I was waiting for some harshness to kick in and it just did not materialise. Second and most important for me this did not trigger any heartburn. Both of these reasons led to becoming a solid ADV (all day vape) for me. Pink Lemonade has been done time and time again with so many variants of this flavour it is hard to be excited about what I would consider just another Pink Lemonade. This time however I was more hopeful, given the quality of Blackberry Lemonade I expected good things.

Tested again using the Godria Bolt RDA and starting with a quick sniff. Initially, I am hit with the same distinctive Lemonade as before with a tiny Raspberry hint to it. Lemon is definitely stronger in this one though. As before this is an incredibly smooth liquid, no harshness at all and again no heartburn for me! The inhale is made up of mostly Lemonade and a little Raspberry at the end. Again the exhale is similar to the inhale with the Raspberry working a little harder to break through to my taste buds. While the Raspberry is definitely there for me it is not as strong as it could be I would have liked a slightly stronger Raspberry flavour to come through. With that said, this is still an incredibly tasty e-liquid. The Lemonade bases in both vape liquids are like a true Lemonade and it works really well in both liquids.

These are two really well-blended liquids. The Blackberry Lemonade wins for me as my favourite of the two I was sent. Both of these juices would be perfect for those that like a nice, refreshing and fruity vape. All in all a brilliant range and one I am thankful I got to try.