Is TikTok Encouraging Vaping? Last week’s UK government’s independent Khan Review into tobacco policy strongly advocated for increased promotion of e-cigs and vaping to combat tobacco-related death. The report argued that politicians and the media should be positive about UK vapes and e-liquid, but fear stories spread across print and online news sources. They warned that new vapes are attracting non-smoking teens into vaping – but is this the truth?

Currently, the UK has some of the toughest e-cig regulations in the world. It is illegal for vendors to sell any product containing nicotine to anybody under 18 years old.

What does the media say is happening?

It says unscrupulous sellers are mislabelling products and selling them on Amazon and eBay to children, avoiding any age regulation checks.

Give me another example

The Times worried: “Many British children are being exposed to vaping content on their social media feeds, increasingly a tool used for marketplace promotion, without the usual safeguards that protect underage buyers.”

The newspaper article claimed that one disposable vape product’s hashtag has racked up over 7 million views on the TikTok social media platform – a platform it is keen to point out is very popular with under 18s.

So, TikToc Is encouraging vaping and causing nicotine addictions? 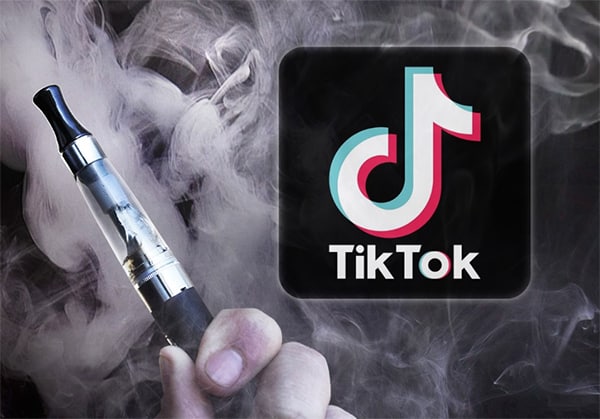 Barton says that a different disposable vape brand has caused “a wave of dependence across all age groups”.

He says that research conducted by University College London researchers found an increase in teen use of disposable vapes.

Are disposable vapes more addictive then?

No. Legal disposables are subject to the same nicotine limits as those imposed on UK e-liquid manufacturers. With a maximum concentration of 20mg/ml, the ‘addictiveness’ is the same – which, according to research, is far less than the addictive quality of nicotine when smoked.

Deborah Arnott, chief executive of ASH has commented: “There’s no evidence that disposable vapes are any more addictive than any other e-cigarette.

But there must be some kind of evidence of increased teen use?

The Spectator’s Alex Barton quoted figures from the most recent ASH annual survey in his article to support his claim that disposable vapes are enticing more non-smoking teens into using nicotine.

What is the figure I need to know?

Just over one per cent regularly vape. ASH UK’s Special Projects Advisor, Hazel Cheeseman commented on the figure: “Currently youth vaping in this country is not a significant problem.”

E-cigarettes have been a powerful tool to help smokers stop and we want to see many more make the switch.

The figure has remained largely unchanged since records began to be kept in 2015.

Where do these figures come from?

ASH UK works with Cancer Research UK to produce an annual update on teen vaping. The most recent release was in 2021:

What have the ASH/CRUK reports shown us?

They have consistently demonstrated:

The 2021 report says that “young people aged 11-18 years old vape mainly just to give it a try not because they think it looks cool.”

It finds that teens aren’t more likely to start vaping because they are easier to access or cheaper than cigarettes.

Anything else the report tells us?

So, no teen problem then?

Yes, there is no documented teen problem.

The only piece of research the likes of The Times, The Spectator and the BBC allude to is a recent paper from University College London looking at UK disposable e-cigarette use…but the clue about its findings is contained in the title: “Rapid growth in disposable e-cigarette vaping among young adults in Great Britain from 2021 to 2022”.

We need to wait until 2022 for the next ASH/CRUK report for the data on young people.

In the meantime, what the previous reports have shown us is that the few teens who regularly vape either smoke or used vaping to stop smoking – and so are using it in a similar way to adult smokers.