Early in 2017, a new code of practice (Code Rule 22.12) from the CAP (the code of practice that governs advertising which isn’t broadcast), stated that advertising material for “unlicensed, nicotine-containing electronic cigarettes and complementary products” was forbidden. In addition, these products should not be promoted, although factual information about e-cigs and related items is permitted.

The change in the code has a considerable impact on the ability of vape shops (both virtual and on the high street) to advertise their goods. Covering emails, banner ads, search ads, magazines, newspapers and similar content, it’s important to be aware of how this might affect your advertising strategy.

What the change to the code means for e-cig companies like ourselves or vaping businesses is that they are allowed to advertise their business, but not promote the e-cigs and similar products which are sold. Even when promoting the business, it’s important to ensure that nothing is shown which might persuade people to purchase e-cigs and similar, beyond factual information. For example, indicating that customers can enjoy significant discounts or premium e-cigs might be perceived as promotional in nature and therefore not allowed under the code. 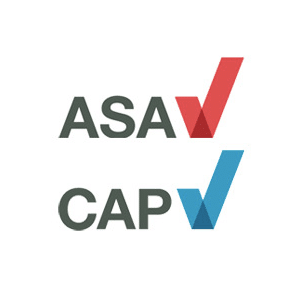 The ASA has already upheld several complaints relating to breaches of the new code. In the cases where a fault was found, the company had fallen foul of the code by picturing vaping equipment and a logo featuring the name of a popular e-liquid. Companies have also been penalized for describing non-licensed nicotine-containing products in a promotional manner – so calling an item “small” (if it is of diminutive size) is acceptable, as that would be a factual statement, but stating that it’s “amazing”, “engaging” or similar would probably go against the code, as those adjectives would be perceived as promotional rather than factual in nature.

Does the code apply everywhere?

Code Rule 22.12 doesn’t apply to leaflets, billboards, direct mail and posters. This means that it’s still possible to promote your products through these mediums. That said, these forms of advertising still have to stick to appropriate standards as determined by the rest of the Section 22 rule (which applies particularly to e-cigarettes, vape products and vaping). Section 22 also requires businesses to advertise responsibly and take steps to ensure that their marketing is not aimed at under-18s. Although this means that care is required when designing appropriate advertising through these mediums, there is more potential to describe products in an appealing manner.

How should I go about marketing my products?

If you’re involved in selling e-cigarettes and related vaping accessories, it’s probably best to use a professional marketing agency to complete your promotional material, unless you feel able to be completely factual and non-promotional in the way that e-cigs and accessories are described. Professional marketing ensures code compliance as well as a more polished result.