I am going to be looking at the following Milk of the Poppy, Rainbow Road, Pineapple Express and Royalty II. If you wish to skip the review and purchase Vapetasia’s e-liquids straight away feel free to do so.

All of the liquids I am reviewing today come in 50ml short fill bottles. Nicotine shots are available on the site separately if required. The liquids are made to a 70VG/30PG ratio. Let’s get on with those reviews right now.

Milk of the Poppy 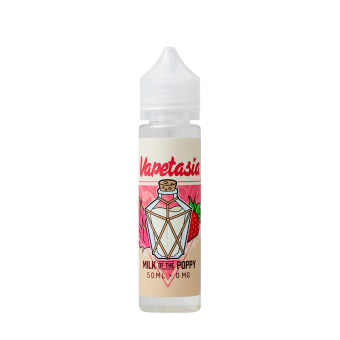 Milk of the poppy was the first that I tried out of these liquids. Opening the bottle the smell of a creamy strawberry comes wafting out. For me, this signals another Strawberry and Cream ( or milk as the name suggests ) I am not sure where the Poppy part comes from though!

I tested this using the Pharoah RTA on a single fused Clapton coil. The inhale is a familiar Strawberry flavour, familiar because it tastes similar to the Strawberry in the Killer Kustard which was rather nice. This time around the Strawberry is much more prominent on the inhale. Accompanying this I get a nice creamy milk taste too. Not too much but just enough. Exhaling brings the milk taste out much more and riding subtly under the milk and Strawberry there is a hint of Dragonfruit. Definitely lets me know it is there but subtle enough so as not to ruin the taste. It actually works rather well and I do not recall another liquid like this.

This is a lovely creamy vape. Very smooth and enjoyable experience. I really like this and very different to many of the other Strawberry & Cream types out there. 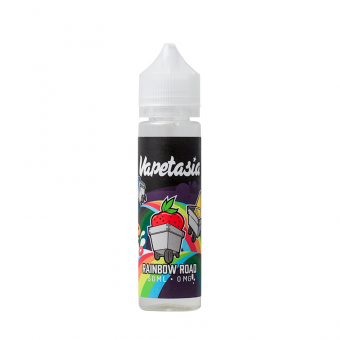 I very nearly skipped this one to the end, Rainbow Road almost reminded me of the slogan “taste the rainbow” which suggests a skittles type flavour. It was only as I was setting it aside temporarily that I noticed something on the label that was a massive attraction, fruit loop cereal. Immediately I cracked this open, This kind of liquid fast became a favourite of mine from flavours such as Looper, Bird Brains and even the Fruit Pebbles kind of liquids from Holy Cannoli and Ice Cream Donuts.

I wasted no time in having a good sniff of this and it was easy to smell the fruity tones that are so noticeable in fruit loop types of liquid. This went in the Wotofo Flow tank. The inhale is a bit of a muddle, a mish-mash of flavours and each inhale seems to present different flavours sometimes I get hits of Raspberries and Strawberries, other times I get Oranges and Lemons. This makes it a very interesting liquid to vape. With the different flavours sometimes the inhale is sharper others it is sweeter. This is fab !

The exhale brings out a very nice cereal taste mixed in with all of the fruits. In addition, you can easily pick out the creamy notes too. Right at the end of the exhale the fruits mellow out and the cereal comes back in leaving this taste in your mouth with a nice sugary sweet aftertaste. 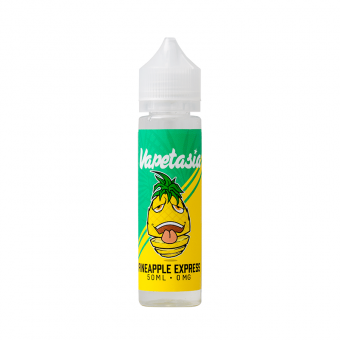 No clues needed here when it comes to this juice so I am going straight into this one. This time I am back on the Pharoah which is great for flavour for me. I forgot to sniff test this one but even just filling the tank up the pineapple was unmissable and rather strong even from about 30cm away!

Inhale on this is a powerful whack of Pineapple, breathtaking in fact. There is no mistaking that! Whilst it is a strong Pineapple it is really nice, fresh and refreshing. It is one of the better Pineapple liquids I have had in a long time. On the exhale I was surprised to get a sense of cream beneath the Pineapple. I had to vape it a few times to make sure I was not imagining it but it was definitely there. This was an unexpected but nice touch. It turns the liquid from a simple flavour into something far more interesting. 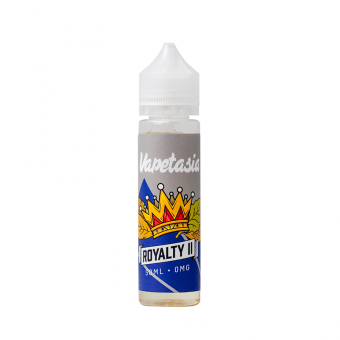 This I left until last as it was not a flavour I was sure I would particularly like. I recalled reading a long time ago about this juice and the Tobacco in it. Tobacco flavours are not really my thing the main reason is since quitting smoking I would rather distance myself from Tobacco in any form. Secondly and linked to the first really, I could not personally tell the difference between different types of Tobacco in a liquid (slight problem as a reviewer) But with this said there is an intriguing element to this juice as it is custard-based flavour. Custard is one of my go-to types of liquid, this could go one way or another.

The Godria Bolt RDA came out for this one. Opening the bottle for a sniff presented me with a rich custard smell, similar again to Killer Kustard and an ever so slight Tobacco whiff. I am still hoping this slight whiff remains as a slight taste in the juice. The inhale is a nice custard, not quite as sweet as the Killer Kustard more of a savoury type but a very nice custard. Vanilla comes in on the end of the inhale which is another nice inhale experience from Vapetasia.

Exhale is much of the same as the inhale the Vanilla comes out a lot more and almost sweetens the custard. The is a light nutty taste and right towards the end comes a light Tobacco flavour. I am pleased with this point that the Tobacco hangs on till the end and shockingly it actually works rather well. The Vanilla is quite a prominent flavour which for me is probably a good thing because I think it plays a big part in intoning the Tobacco down.

All in all Royalty II is pretty enjoyable, it is one that I am going to go back to again which I guess is a positive. Vapetasia describes it as one of their most complex flavours and I honestly have to agree. There is a lot going on in the juice and I think with a bit of time with this juice I could enjoy this more and more. I think this would suit vapers that enjoy Tobacco type flavours like RY4 and even those transitioning from Tobacco flavours looking for something a little different.

More success in flavours from Vapetasia. This is a very consistent company when you look at the quality of the flavours. My favourites out of these ones were Rainbow Road & Pineapple Express but it was very close between them all. Keep an eye open for an update on Royalty II though, I have a feeling this could turn me into looking at more interesting Tobacco flavours.

Thanks very much for reading, feel free to share this on your social media pages!

UPDATE: Since writing this review Vapetaisa has released a new “Vapetaisa Iced” range which takes a few of the flavours I reviewed above along with 2 of their Vape Lemonade flavours. Be sure to check them out as I did. A new win depth review is coming soon!