Time for another homegrown juice review, this time from Ohm Baked. Ohm Baked is a line born from Vapouriz the makers of the popular Double Drip series. The line consisted of five flavours, four of which I am going to be reviewing here. At the time of writing the sixth flavour has been revealed and released which is a limited-edition flavour for Christmas.

Today I am going to be letting you know my thoughts on the following. Apple & Rhubarb Crumble, Orange and Almond Tart, Cherry Bakewell and Apricot and Passionfruit roulade. This is a line that really took my fancy due to it consisting of all dessert type flavours. Are they any good though.. Read on to find out more?

Priced at a reasonable £11.99 for a 50ml bottle there is space for a 10ml nicotine shot if this is required. Knowing the makers behind these juices I have high expectations for them. 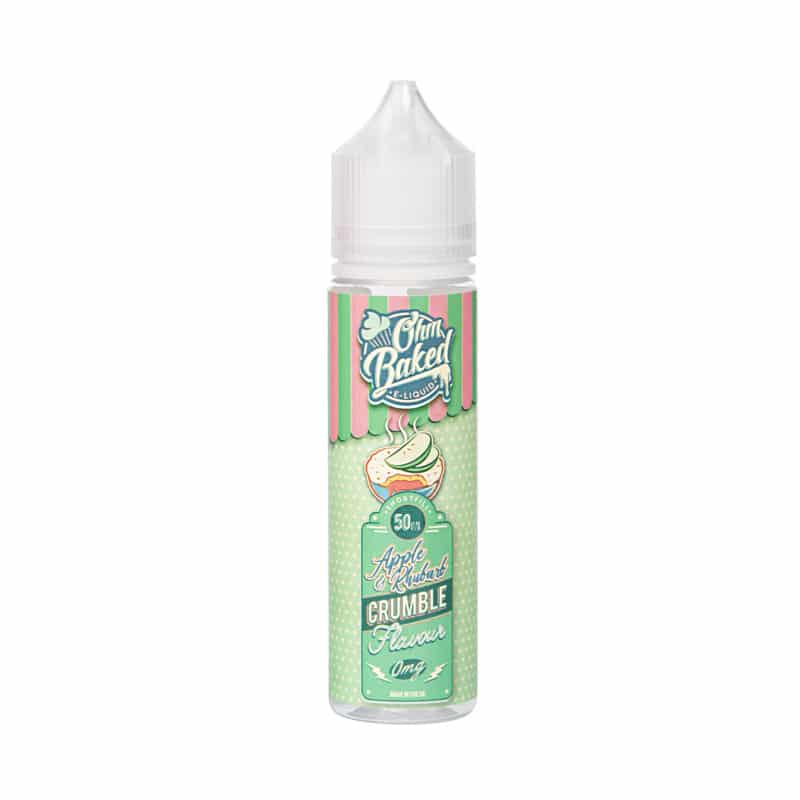 I actually had a random bottle of this before the review as I needed some emergency juice whilst away on holiday and having a very limited choice in the store that I visited so I settled on this. I was over the moon to get another purely to review!

Smelling the bottle you get a distinctive hit of rhubarb, I do not particularly like rhubarb itself, and would never eat it in a crumble. That said I do like rhubarb and custard liquids which is what I figured I would get but with an apple instead of custard.

The inhale is predominantly a strong rhubarb flavour with a little apple coming towards the end. The flavour is amazing! Exhaling gives more of the apple with the rhubarb taking a backseat and at the very end of it, you get a gorgeous crumble. Not just a pie crust taste this is a legit buttery biscuit type crumble and actually makes the juice really stand out from other crumble type flavours.

This is a liquid I could vape all day long and not get bored. Plenty of sweet desserty notes, some sharpness from the rhubarb and a lovely dessert apple flavour. I just keep going back for more! Hands down, this is one of my favourites of 2018 and also ( spoiler ) the best flavour of the line.

Update: Since writing this review this flavour has now been moved into their Double Drip range. 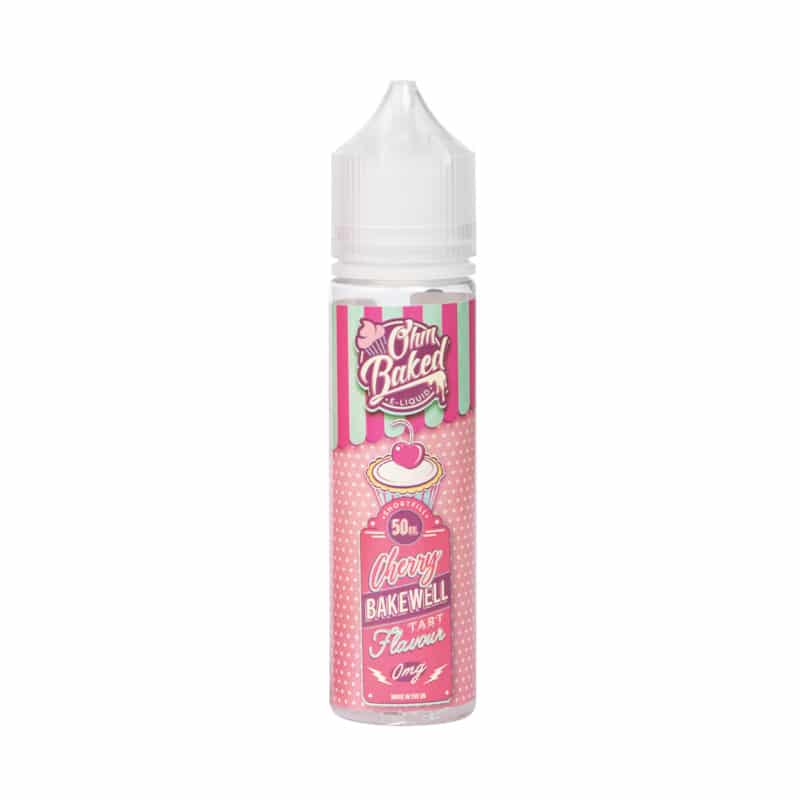 I absolutely love Bakewell tarts so I should like this right? Not quite. But still here goes. Smelling the bottle gives a definite cherry smell, a little strong but certainly cherry.

The inhale is as I thought a strong, almost too fake cherry flavour that pretty much rules the entire inhale. On the inhale it is pretty much the same only joined with a very slight cake taste somewhere right towards the end.

I would not say it was terrible, more of a disappointment. I expected more cake/pie type of taste to come out on the exhale but instead, I got a fairly decent cherry. For a cherry flavour, it would have been nice, as a Bakewell tart flavour it does not quite live up to its name.

Update: Since writing this review this flavour has now been moved into their Double Drip range. 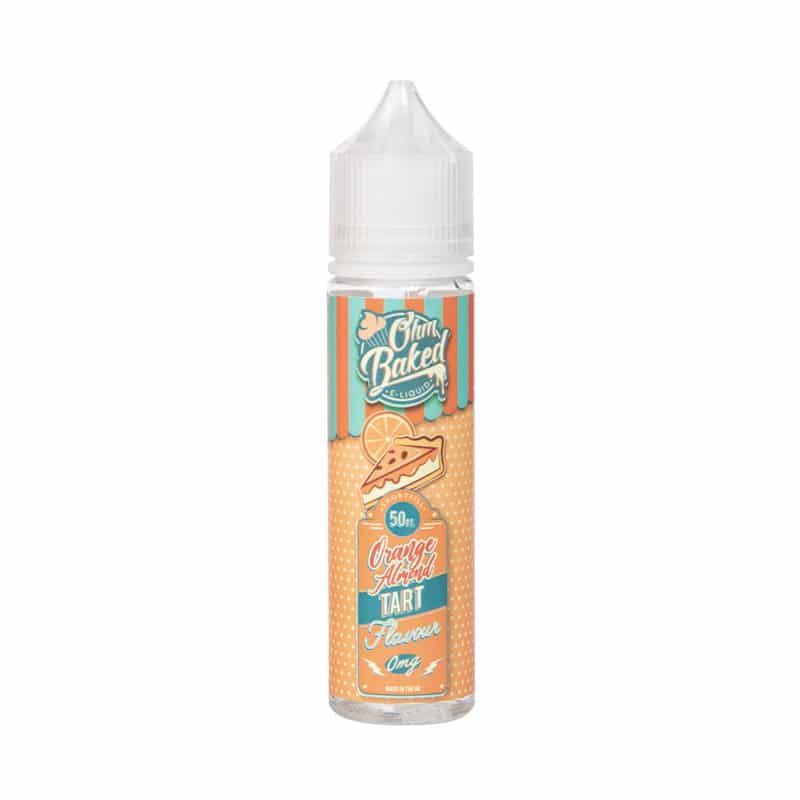 Following on from the Bakewell tart, I was a bit cautious about trying this one out. My head was telling me it was going to be all about the orange and I did not think I could handle another disappointment. But as I am reviewing this I have to try it.  The smell of the juice surprised me, sure it was orange but it did not smell particularly strong.

The inhale is full on orange, nothing too strong or overpowering here just a satisfying orange flavour. The exhale continues with orange but with almonds joining in too. I could definitely taste both! Continuing you get a nice pie taste, well balanced and subtle buttery notes. Not bad at all!

The liquid seems well blended and the balance of flavours is spot on. Nothing is trying to dominate and I would say this flavour is nailed. I have never had an actual orange tart to compare with but if it tastes like this then you would not find me complaining. 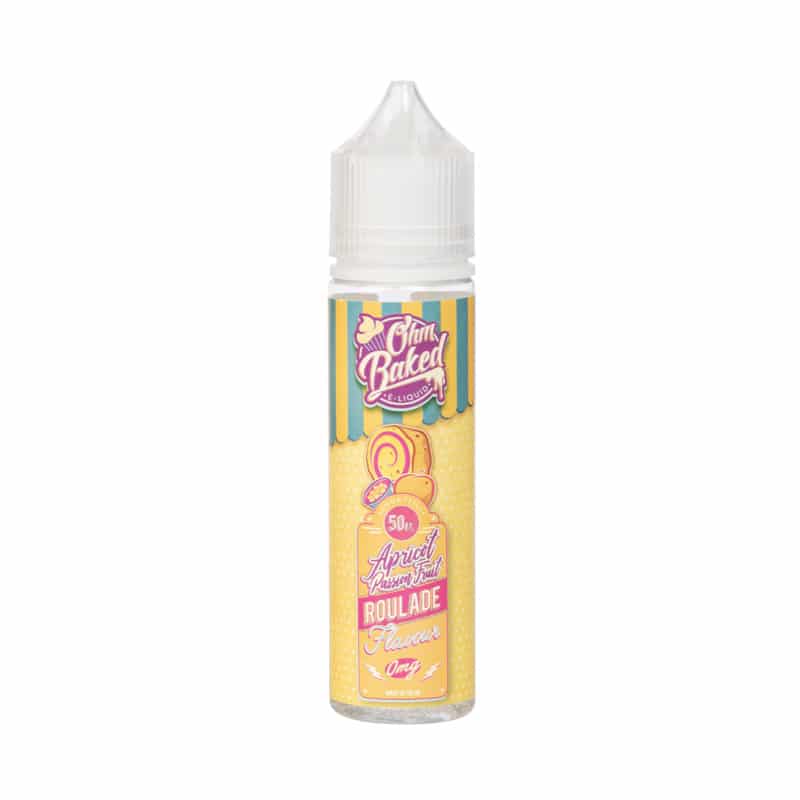 I love apricots and passionfruit is not too bad, Roulade is a dessert so this should be good.

It’s not though! and here’s why…

The smell coming from the bottle is mostly passionfruit, with some hints of apricot.

The inhale is a reasonable affair, a blend of passionfruit and ending with apricot. The exhale is exactly the same. Where the cakey pastry taste. I just did not get it! Another disappointment and another juice that just did not quite live up to its name. The actual fruit flavours of apricot and passionfruit come through very well and taste exactly as I would expect. I just think there could have been room for a lot more of that cake flavour to be added so that I could actually taste it. A shame really… The double drip line is a pretty solid line when it comes to flavours being what they say they are. It’s unfortunate that Ohm baked misses the mark on two occasions.

Negativity aside, apple and rhubarb crumble is absolutely stunning and for me is like Lemon tart is to Dinner Lady, it makes the line. I would hope that ohm baked continue to release dessert types of flavour perhaps something like a simple apple crumble, maybe a trifle flavour or some decent cheesecake flavours. Watch this space.