Another review for one of my favourite lines out there. Coming from one of the most popular vape manufacturers in the industry, Ruthless Ejuice. Loaded is one of their many sub-lines and is home to one of my all-time favourite liquids, Glazed Donuts, check out the Loaded EJuice review here.

Today I am going to be taking you through their two newest flavours, Raspberry Eclair and Chocolate Glazed Donut. These have been keeping me busy for the past week or so and I have been jumping between both flavours constantly. Both flavours are available in 100ml short fills, with enough space to add 1 or 2 nicotine shots to suit your needs. Pricing is £19.99 excluding nicotine shots. Both liquids are made to an 80VG mix. 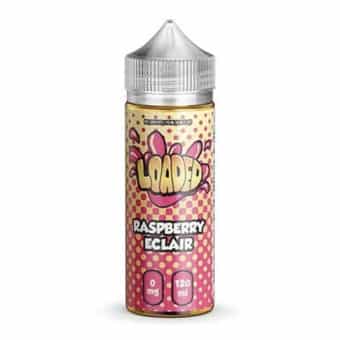 First up I am going for Raspberry Eclair. The smell from the bottle consists mainly of a punchy raspberry flavour. Rather overpowering from the bottle, but as we know that does not mean anything in terms of taste. I am vaping this on the Wotofo Profile RDA.

The inhale as I expected was a pretty strong raspberry flavour, it is not as overpowering as the smell may lead you to think it will be. A nice balance of juicy ripe raspberries and a nice sweetness to them too. The exhale is a much more toned-down affair. The raspberry calms down and you get some really tasty notes of pastry. Then finally a subtle creamy aftertaste. This is definitely a juice for fans of fruity dessert vapes. It could have done with a little more creaminess to it but it is 100% a juice I will go back to for more when this is finished. 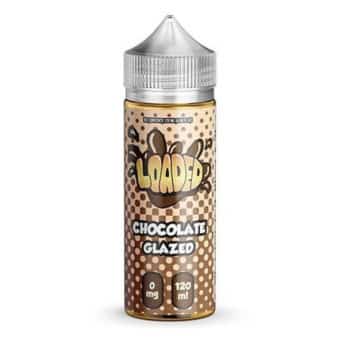 Anyone that knows me well enough or has followed my reviews will know that I have a big thing for donuts. Loaded Chocolate Glazed donut literally excited me when news broke of its release. A must-try flavour for me!

The smell I get from the bottle is everything that the bottle suggests it should be. Chocolate and donuts, nothing more, nothing less. Again using the Profile RDA. The inhale is predominately chocolate that begins to break into a glazed donut flavour towards the end. The chocolate flavour does not taste like cheap chocolate and is in no way chemically. The sweetness of the chocolate is just about right for this type of juice. On the exhale the donut flavour comes out much more, there is a definite glazed donut taste here. It’s not like the original glazed donut taste but it works very well. This is a taste that lingers on and on, the clouds smell great too!

Out of the two flavours, my favourite by far is the Chocolate Glazed donut but these are two strong flavours that will suit most dessert juice vapers. Once again all these flavours plus so many more can be found at E Liquids UK Online Vape Shop.