Time for another review and a brand new juice line that has recently launched. KSTRD is brought to you by The Ace of Vapez, the same folks behind the Just Jam series. I am a big fan of the original Just Jam line up in terms of quality of the flavours that they have produced. It was not until I received this new line that I realised it was produced by the same people. Being a huge custard lover, I was even more excited to find out the makers were also one of my top rated manufacturers too.

KSTRD comes in the usual shortfill bottles, 50ml allowing a 10ml top up with a nicotine shot if needed. At the time of writing, I have also noticed there are 30ml flavour concentrates available on these too. The concentrates will allow you to mix up bottles of your favourite flavours by just adding to PG, VG and Nicotine, normally to a mix of around 20%. These are a great idea as the costs of PG and VG are so low that this is an, even more, cost-effective way of enjoying your favourite liquids.

Shortfills are priced at £12.99 ( Nic shot extra ) and the concentrates are £9.99. The KSTRD range consists of 5 flavours. You will see the names are missing some letters, this is intentional and not my inability to write! 3 of the flavours have won awards at the recent VaperExpo in Birmingham. 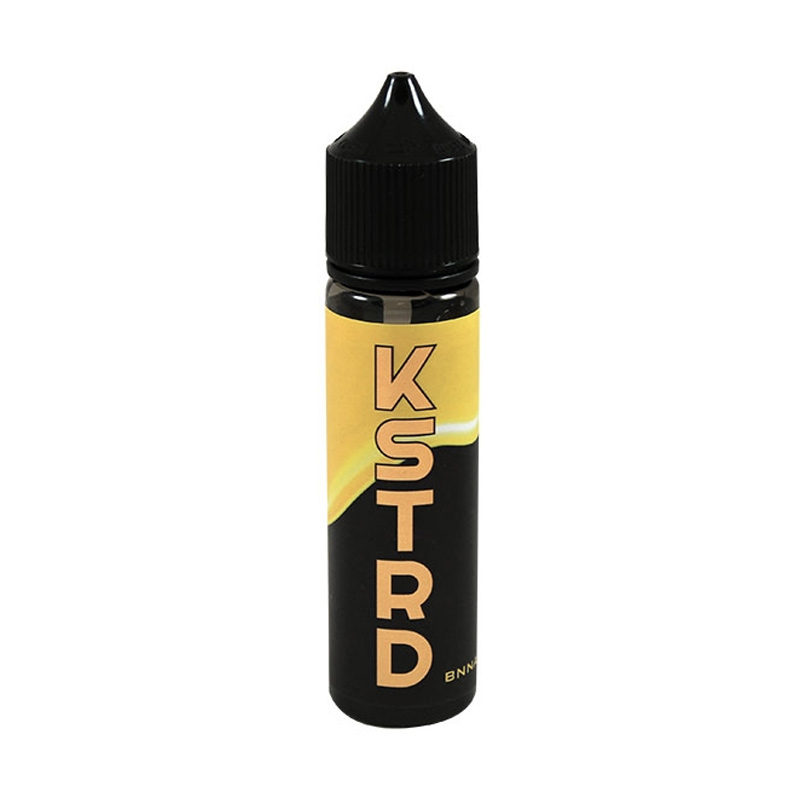 BNNA is a banana custard liquid that is one of the award-winning flavours from the line. I have tried many different variants of banana custard in the past and they all just fall a little short of the mark. The smell from the bottle is unmistakably banana.

The inhale delivers a super sweet banana. Impressive, tasting like a real banana as opposed to the sweetshop style foam banana taste I was perhaps expecting. The exhale just hits the spot perfectly, mixed in with a delicious banana you get waves of a very nice vanilla custard coming through. The custard is delicate, the banana a little overpowering but for me, it didn’t matter. When the notes of custard hit my taste buds it was very satisfying. 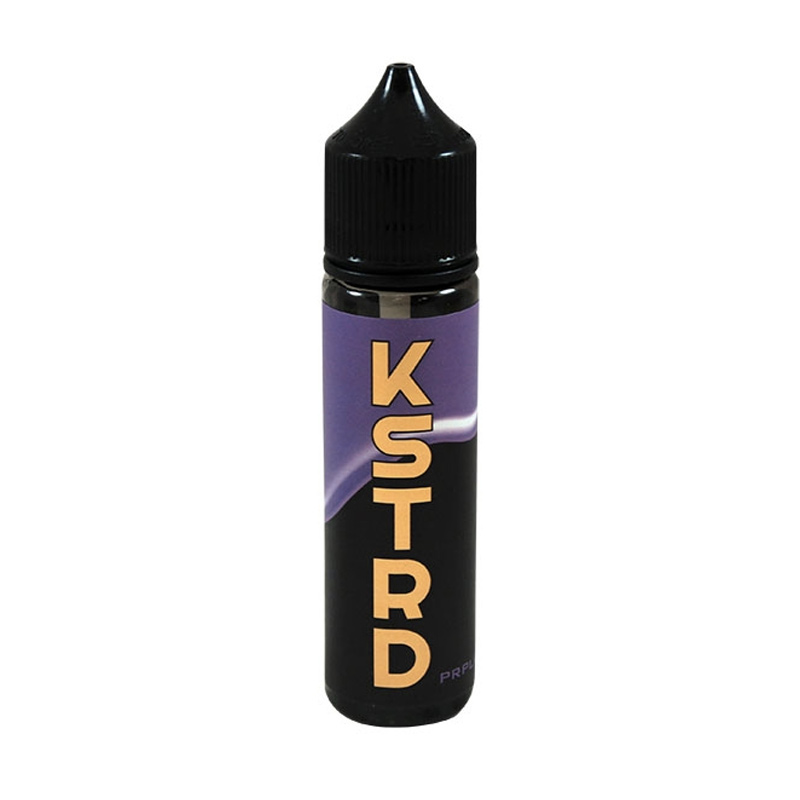 The inhale is a bold, punchy mix of fruits. Blackcurrants and blackberries rule the roost here. The exhale is much like the BNNA, bold fruitiness but not much to report on the custard, the fruit is just too strong. From time to time elements of creaminess come through but the custard does not quite make it through in its entirety. This is not a massive negative, the liquid itself is very nice, the flavour is full on and given the prominence of the blackcurrant and blackberries it’s understandable why there is not much room for anything else to come through. 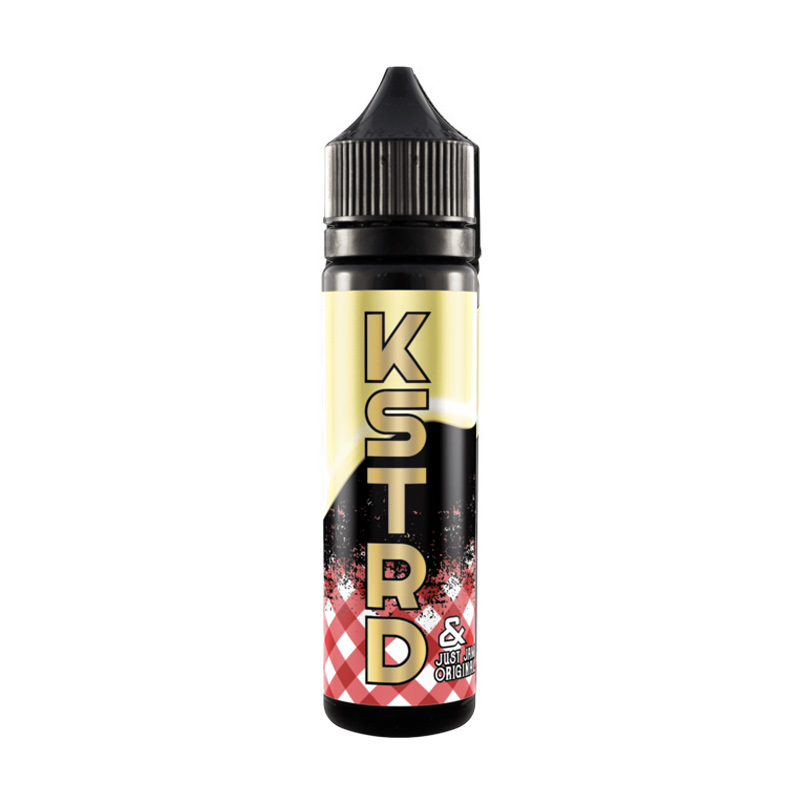 No explanation needed on the flavour of this one. Thankfully written in plain English!

Just Jam strawberry was one of my favourites from the original line. Let’s see how it does mixed in with KSTRD.

The smell, distinctively and easily recognisable as the Just Jam strawberry flavour and this is indeed the flavour I get the most of on the inhale. The exhale actually works well this time, nice notes of sweet strawberry jam with undertones of vanilla custard coming through. The custard and jam actually pair together perfectly, the custard is allowed to come out to play and this is a beautifully made liquid that leaves you coming back for more and more. I am pleased that the custard comes out well in this one, I was beginning to think the custard would be lacking throughout the line! 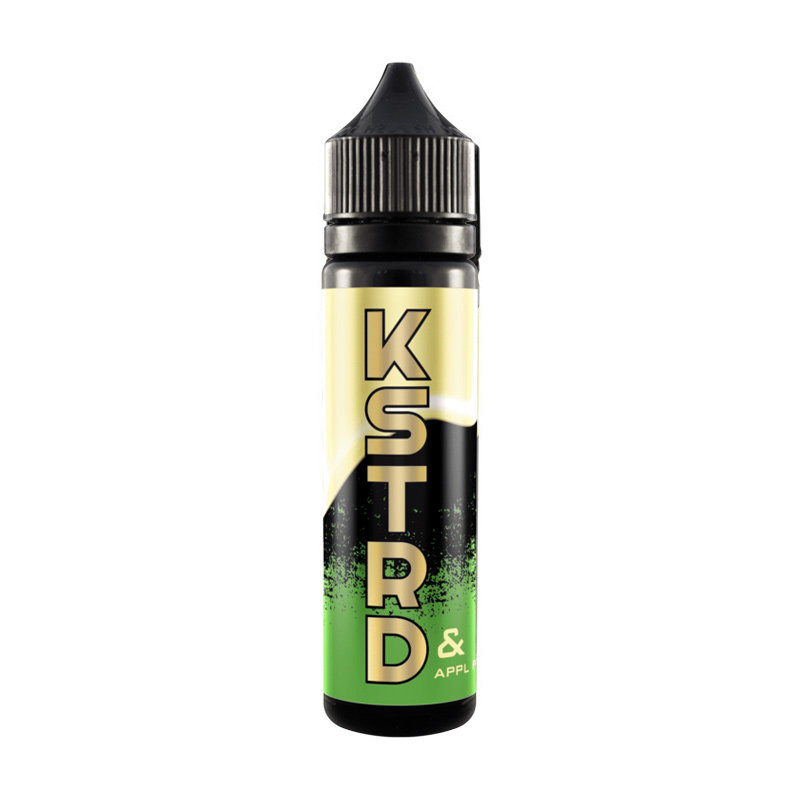 Apple pie and custard this time around. The two are so fitting that it is impossible to imagine this juice failing to make its mark. The smell is a very strong apple. This too is what I get on the inhale, this along with a slight pastry taste. The exhale, this one blew me away, more piecrust taste, more apple and lashings of vanilla custard, this by a mile is my favourite so far. With only one flavour left this could be a clear winner.

This is one of those flavours that you can go back to time after time and never get bored. Sometimes it is full on pie, sometimes it’s heavy on the custard. I don’t care this is really really good. 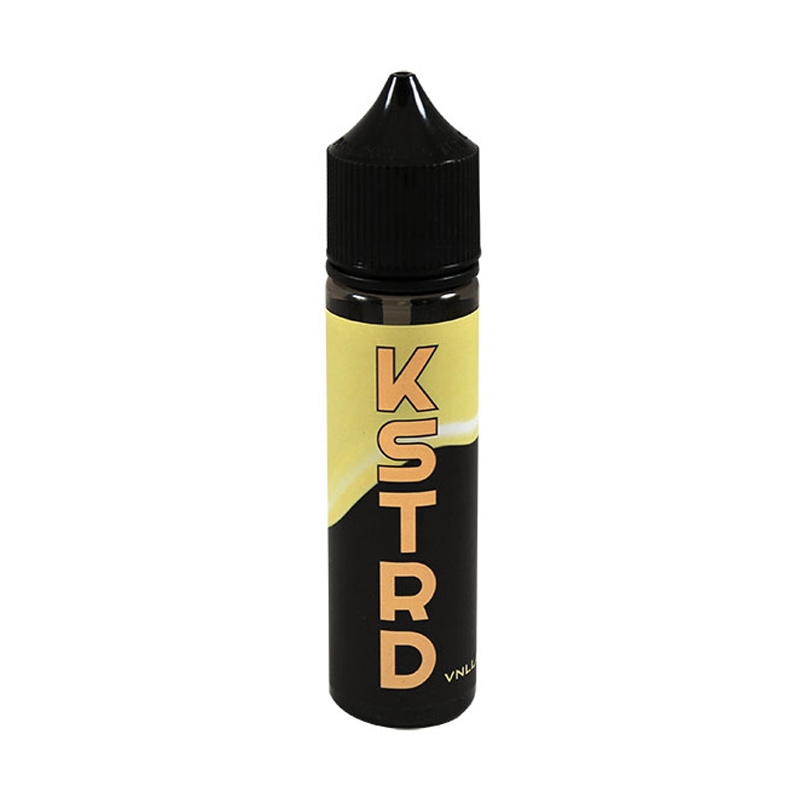 Overall this is a pretty good line. There is not a flavour that I would consider to be poor or disappointing. My only criticism is that in some of the stronger, bolder flavours, the custard struggles to come into its own. I would not go as far as saying this is the best custard out there, but by far it is not the worst either. As a line, this is one to watch out for and at its price point, I would definitely recommend giving it a try. Is there room to expand this line? yes, there is, I’d like to see Just Jam raspberry and a biscuit custard brought in.