Nicotine is frequently attacked in the press and by campaigners with a vested interest. Because of its links to smoking, people who are morally opposed to vaping have used nicotine to sleight tobacco harm reduction. The latest research reveals new nicotine benefits for the chemical compound which will be useful to combat the anti-nicotine / e-cigarette narratives.

Nicotine is a chemical compound known as an alkaloid. It is produced naturally from the plants in the Nightshade family including potato, aubergine, tomato, chilli, and tobacco plants. Plants produce this substance as a natural insecticide. 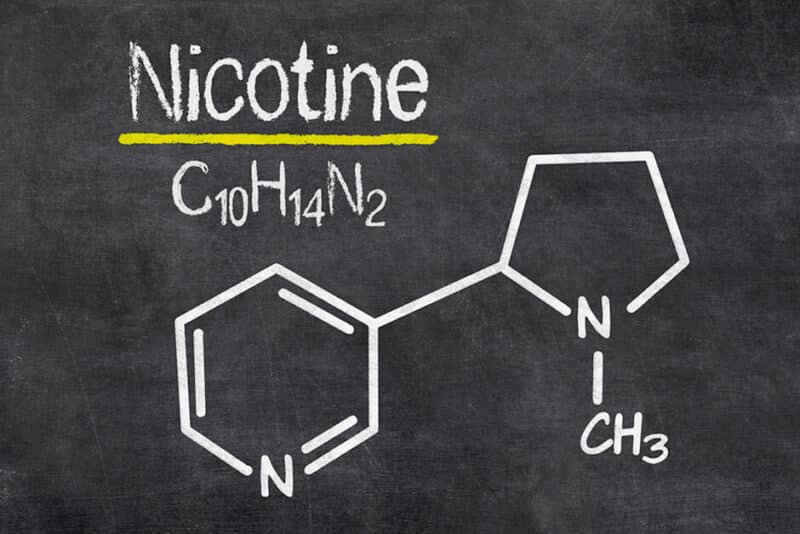 Well, nicotine is the reason giving up smoking is so difficult, but experts put its addictive nature in cigarettes down to the many toxic compounds produced by the burning, forming a toxic soup of chemicals.

Is Nicotine dangerous then?

No. Anti-smoking charity ASH UK says: “It is not nicotine which causes harm to cigarette smokers but the by-products of tobacco combustion…long-term use of nicotine consumed through nicotine replacement therapy (NRT) has not been found to increase the risk of serious health problems.”

What is this research you speak of?

One study, published in the journal Psychology of Addictive Behaviours by the American Psychological Association (APA), looked at how nicotine changed the symptoms, moods, and cardiovascular activity of people diagnosed with attention-deficit / hyperactivity disorder (ADHD).

How did they conduct their research?

The team used nicotine patches with a group of subjects, half were never smokers and half were smokers who were not smoking cigarettes. The patches were changed every morning and the effects of nicotine on ADHD symptoms, moods, and side effects were assessed with electronic diaries.

What did they find?

“In addition, nicotine increased cardiovascular activity during the first 3 to 6 hours after nicotine patch administration.”

The team said the findings demonstrated why ADHD patients are likely to smoke and why it has been difficult in the past to help them to quit – something electronic cigarettes can now help with.

And the other study?

University of Florence researchers looked at how nicotine might help to relieve pain in patients suffering from trauma or undergoing chemotherapy where the nervous system has been damaged and they suffer from severe pain.

Such patients find their quality of life is altered as the pain is unbearable and therapy ends up being withdrawn because it doesn’t have an impact.

What did this one find?

There we have it, two more examples of how nicotine has been on the receiving end of bad press and yet has so much to offer – proving its use for patients and relative safety for vapers.

Here at E-Liquids UK, we sell a wide variety of nicotine-based products to help you with your cravings these range from nicotine salt e-liquid to even nicotine pouches, if you need any assistance our friendly support team is always on hand to help.