Smoking rates in people suffering from mental health problems are very high. While the number of people in general still smoking has steadily fallen to an all-time low of 14.5% in the United Kingdom, the percentage of mental health sufferers still smoking is much higher. Researchers at Dartmouth University’s Geisel School of Medicine think electronic cigarettes can play a key role in helping address this problem.

What is the actual problem?

The problem was defined by Public Health England, which has now become the UK Health Security Agency. It notes that up to 2019, the United Kingdom managed to reduce smoking rates for people experiencing long-term mental health conditions, down 8.5% to 26.8% in six years – but this is an average and still almost double the rate in the general population. 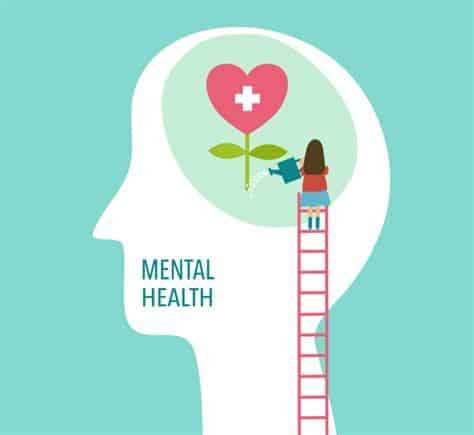 The figure for anxiety and depression sufferers runs to 28%, long-term conditions are linked to a 34% smoking rate, and 40.5% for those experiencing the most serious mental health conditions.

What does this mean for the people?

As mental health problems increase in severity, the likelihood is that the person is less able to work and therefore be on a reduced income. Smoking has an immediate impact on their disposable income, rendering them less able to buy healthy foods and lead a healthy lifestyle.

Serious mental illness, through high smoking rates and a high number of cigarettes smoked per day, is in turn linked to high rates of chronic disease and premature death.

Is this where the researchers come in?

Yes. The team from Dartmouth looked at whether vaping helped mental health patients swap tobacco smoking for a product that UK public health bodies accept is at least 95% safer: e-cigarettes.

What did the research team do?

Firstly, they got 240 people experiencing serious mental health problems to agree to take part in the study. All of the subjects had to have previously attempted to quit smoking, but failed, and didn’t want to try to quit again.

They were divided into groups with some being offered disposable vapes to use as and when they fancied. They were not told to try to quit smoking.

The researchers checked back with them several times to update them on their progress, how they liked the vape products, and if they had quit smoking by accident.

The patients were tested for a number of things like carbon monoxide and asked if they had any bad experiences from vaping.

What did they discover?

At the start of the trial, everyone was smoking at the same level.

Within two weeks, almost four-fifths of the patients with the disposable vapes were regularly using them in addition to smoking (but smoking fewer cigarettes).

Within two months, the disposable vape group were consistently using far fewer cigarettes, and around 25% had given up smoking.

What did the team conclude?

Firstly, they observed that not only did vaping help hardened smokers quit – these were smokers with no intention of quitting.

The team believe that this vaping study “has implications for reducing harm not only among the millions of smokers with serious mental illness who struggle to quit but also for other vulnerable smokers who cannot achieve cessation.”

And, of course, anybody else who currently smokes.

Here at E-Liquids UK, our products are firstly tailored to stopping smoking, we have a wide variety of disposable vapes which are the perfect introduction for heavy smokers, and once you are confident about vaping our vape starter kits and 50/50 e-liquids are the next sensible step to quit smoking.

The UK’s national health service (NHS) is free at the point of access and its website covers a huge range of issues and treatments for mental health issues.