The pioneering COSTED NHS Vaping Trial has taken off in the United Kingdom and promises to show if supplying e-cig kits to NHS patients saves the health service money. 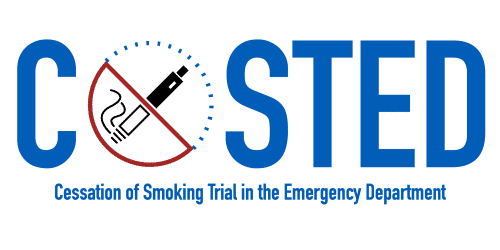 University of East Anglia’s pioneering COSTED Trial is now being implemented across NHS emergency departments within the United Kingdom. While many studies have been conducted and show that vaping is a brilliant tool for quitting smoking, this study seeks to find out if providing free electronic cigarette starter kits to A&E patients will save the NHS money in the long run.

Tobacco harm reduction expert and powerful advocate for vaping Clive Bates called the COSTED Trial “real world pragmatic public health,” and “let’s hope it works and we learn from it.”

COSTED (or Cessation of Smoking Trial in the Emergency Department) has been warmly welcomed by all within the harm reduction and advocacy communities despite some people opposed to vaping altogether taking it as an opportunity to spread untruths in newspaper articles.

Who is running the COSTED Vaping Trial and is the NHS paying?

The study is being coordinated by Professor Caitlin Notley and Dr Ian Pope.

The full costs of the study are being met by the National Institute for Health Research; no money will be spent by NHS Trusts on e-cig starter kits. The trial is taking place in Emergency Departments at Norwich, London, Leicester, Edinburgh, and Cambridge.

What problem is the COSTED Trial looking to solve?

It is no surprise to discover that smokers place a huge burden on the health service, but the actual figure is eye-watering: £2.6billion!

While most smokers choose to buy their own electronic cigarette starter kit, stop smoking centres have highlighted how offering kits to smokers reluctant to quit has worked very well.

Notley and Pope believe that issuing free kits to smokers attending A&E departments will encourage them to quit even though they hadn’t considered doing so – and this will produce a lasting cost saving to the NHS as a whole.

The current figure is that 15% of the UK population still smoke, but this figure increases to 24% for patients attending hospital for emergency care. By targeting the patients, support staff are able to ‘hit’ more potential quitters than in any other venue and therefore have a greater impact.

Also, because mistrust of vape products has grown due to negative stories, the trial’s organisers are hoping that people will believe the information about relative safety that is given to them in a hospital setting.

Why are they using e-cigs and not prescribable NRT products or medicines?

Caitlin Notley said: “There is very good evidence for e-cigarettes as a way of supporting people to successfully quit smoking. A recent trial found that e-cigarettes were more effective at supporting smokers to quit than nicotine replacement therapy – and e-cigarettes are now the most frequently chosen method of support for people choosing to quit smoking themselves.”

How is the trial going?

The COSTED Trial is just starting but updates can be found on the official Twitter account:
https://twitter.com/CostedTrial.

All six centres are now recruiting participants and handing out quit advice and starter kits.

Notley and Pope say that the project could reduce overall smoking by 6% and help over 300,000 NHS patients to quit for good. Although they will be providing ongoing commentary about successes, the peer-reviewed paper won’t be released until 2024.

E-Liquids UK is a one-stop shop for all smoking cessation products. We feel the government plans to try and save the UK taxpayer money by conducting these trials can only be beneficial to everyone involved, except for the big tobacco companies.