Recent research carried out at the University of Catania in Sicily found that heavy vaping caused ‘no harm’ in never-smokers. Led by Dr Riccardo Polosa, the research team set out to examine the effects of vaping on nine non-smokers and included twelve lifetime non-smokers and non-vapers in a 3 and a half year comparison. The study’s findings were announced at the 5th annual E-Cigarette Summit, hosted by the Royal Society in London in November last year, and have also been published in the journal, ‘Nature.’

The findings go against the backdrop of unfounded claims by the anti-vaping lobbies that E-cigarettes are part of a ‘gateway process’ and that vaping could be considered instrumental in the ‘renormalisation’ of smoking. Both theories now appear to have lost considerable traction in the face of the Italian research. 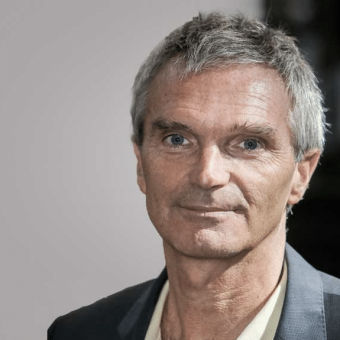 Dr Polosa, MD, PhD, is Director at the Institute of Internal and Emergency Medicine of Catania, and he also heads the University’s Center for Tobacco Research. Dr Polonsa and his team measured heart rates, blood pressure, lung function, and levels of exhaled carbon monoxide and nitric oxide, and also took high-resolution tomographic scans of participant’s lungs. Findings were then carefully compared with a group of never-smoking non-vapers, and the results led the team to conclude that vaping holds no risks for long-term vapers who have never smoked.

Polosa’s research demonstrated that even the most prolific vapers who took part in the study showed no evidence of emerging lung disease, and exhibited no apparent changes in heart rates or blood pressure. In fact, over the entire three and a half year study period, the Italian researchers found no signs of early lung damage, lung inflammation, nor the development of decremental respiratory symptoms.

The findings raise the question of how can it be ethically plausible to continuously warn smokers away from vaping when even heavy, daily EC use provides absolutely no indication of an adverse health impact.

It’s worth noting that this was a relatively small study. And while the results have indeed provided concrete evidence that long-term vaping and the use of electronic cigarettes is highly unlikely to cause significant health issues in never-smoking users, pro vaping experts are keen to welcome a repeat of the study on a larger scale. Meanwhile, Dr Polosa is involved in a new study which looks at patients diagnosed with Chronic Obstructive Pulmonary Disorder, (COPD) and aims to determine if changing from conventional cigarettes to vaping may be the best long-term outcome.