Where Can You Vape? With many people switching over from smoking to vaping in the last couple of months, we answer the most popular questions.

January heralded the NHS’s Quit Campaign and the push to get smokers to switch to vaping has continued into February. With many smokers having swapped cigarettes for vape devices and e-liquids, we look at the popular question of where you can use your device and vape.

Back when next to nobody knew what an e-cigarette was, it was possible to vape everywhere. Airports, planes, buses, and trains posed no problem. Ex-smokers were enthused by vaping because they could do it in pubs, clubs, restaurants, and entertainment venues – everywhere that smoking was banned. Vaping was not covered by smoking legislation and confusion reigned.

Bit by bit, employers, business owners, and local authorities became worried that they could not spot the difference between vaping and smoking. This, combined with the growing number of vapers, encouraged them to make decisions to restrict electronic cigarette use. This accelerated when the craze of ‘cloud-chasing’ happened, flooding venues with dense clouds of vapour.

Who Is Fighting for Greater Acceptance of Vaping? 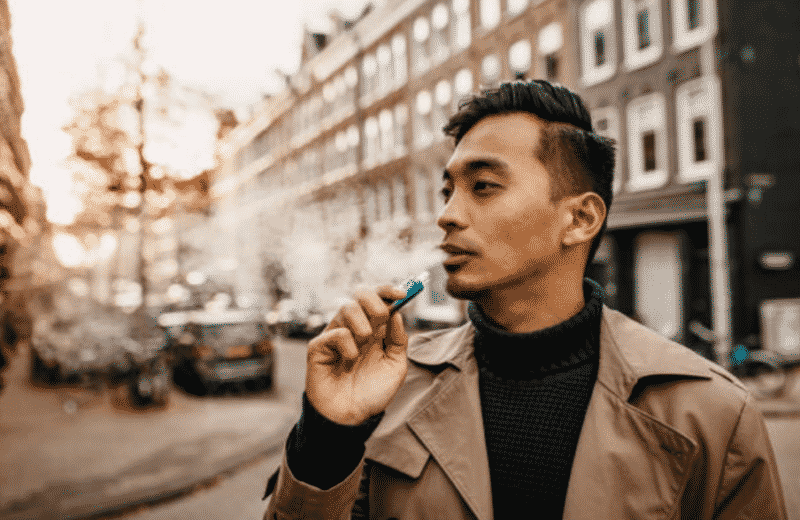 The NNA says: “We do not support the statutory prohibition of e-cigarette use in public spaces, enclosed or outdoors. E-cigarettes do not emit smoke. There are no known or anticipated harms to bystanders from second-hand vapour.

“Therefore, there is no scientific basis on which to ban vaping in public places. Bans send the wrong message to the public, including smokers, vapers and potential vapers, that e-cigarettes are as harmful as smoking. This discourages smokers from trying e-cigarettes or from making a full switch to the substantially safer product and may also lead to vapers relapsing to smoking.”

The short answer is no.

Flights: Due to multiple incidents of e-cig users setting off fire alarms and incidents of batteries causing fires in check-in luggage, vaping is banned on flights. You can only vape in airports at designated places, and this tends to be the smoking shelter.

Rail: The initial ban on vaping on was extended by rail operators to include railway station platforms and buildings. The underground and Metro networks in London, Glasgow, Liverpool, and Newcastle have a complete ‘no vaping’ policy.

Bus and Coach: A complete ban exists on buses and coaches, plus you are not allowed to vape inside coach and bus stations.

Taxis & Uber: The UK has banned smoking in cars if children are present, but this does not apply to e-cig use. There is a grey area though and that is if a police officer believes your vaping is interfering with your ability to drive. Exhale massive clouds or get caught dripping juice into an atomiser and you could face anything from a fine and 3 points to a court appearance.

There is a mixed response here and the only advice is to check with the venue concerned.

Some pubs, concert venues and nightclubs allow vaping, some do not but provide an outdoor area. Some sports clubs ban vaping, some are sponsored by vape companies and allow it.

Unfortunately, where vaping spaces are provided, they tend to be smoking areas and so ex-smokers are exposed to smoke and temptation.

In & Around The Workplace

The smoking legislation doesn’t apply to e-cigs so there is no legal reason for employers to ban vaping. Some employers are encouraging, allowing vaping in the office or vehicles as they recognise the benefits to the individual and the company – some do not.

If you want to change your employer’s mind, try getting them to read “Use of e-cigarettes in public places and workplaces – Advice to inform evidence-based policymaking” produced by Public Health England