One of the big choices facing people switching to electronic cigarettes is whether to use e-liquid containing freebase nicotine or salt nicotine. In this article, we will explain the difference, why salt nicotine exists, and if using it might be the best option for you.

Where does nicotine come from and what does it do?

Nicotine occurs naturally in some plants acting as a pesticide. The alkaloid compound is poisonous to insects and commonly found in the nightshade plant family.

As well as tobacco leaves, nicotine can be found in smaller quantities in tomatoes, potatoes, aubergines, and green peppers.

People smoke tobacco for the nicotine, but they die from the tar and other toxic chemicals released during burning. E-liquids contain either freebase nicotine or salt nicotine to provide the experience of smoking at less than 5% of the risk (according to Public Health England).

What is freebase nicotine? 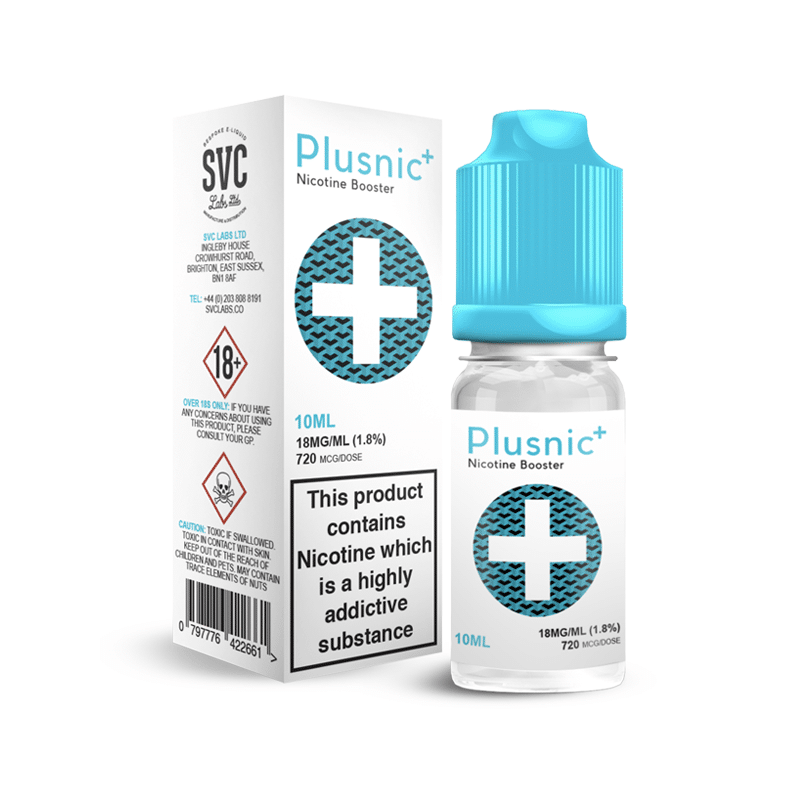 Tobacco leaves are processed, and the nicotine obtained is treated with ammonia. The ammonia removes a particle called a proton from the nicotine chemical compound (deprotonated).

This creates the high pH/alkaline freebase nicotine that has a pronounced throat hit but it is absorbed into the bloodstream slower than nicotine found in cigarettes.

What is the salt nicotine in e-liquid? Salt nicotine is essentially the original, natural form before deprotonation.

How is salt nicotine different to freebase nicotine?

Because it has a lower pH, salt nicotine has less of a throat hit. This means it is easier to vape at higher strengths. The salt form in e-liquid is also able to get into the bloodstream faster than freebase and therefore deliver satisfaction from nicotine craving quicker.

In fact, the delivery of nicotine to the body is much more similar to the experience of smoking.

In addition, nicotine salts last longer than freebase because it is more chemically stable. This means bottles are able to have longer use-by dates.

Does this mean salt nicotine is better than freebase nicotine?

It depends on your style of vaping as to whether salt or freebase nicotine is best for you.

Essentially, if you want or need high strength e-liquid because you are vaping mouth-to-lung or are in the process of switching over to using e-cigs then salt might be the best option for you.

On the other hand, if you like a strong throat hit when you vape then using an e-liquid containing freebase nicotine might be best.

Has any research been conducted comparing the two types of nicotine?

Yes. A randomised control trial has been conducted in the United States found that salt nicotine e-liquids, “increased product appeal and improved the sensory experience of vaping”.

Did you know there are multiple benefits associated with nicotine?

We’ve recently written an article which highlights the 8 benefits of nicotine, it’s only a short 5-minute read and contains some really useful information and links to nicotine stories and ways it has helped people.